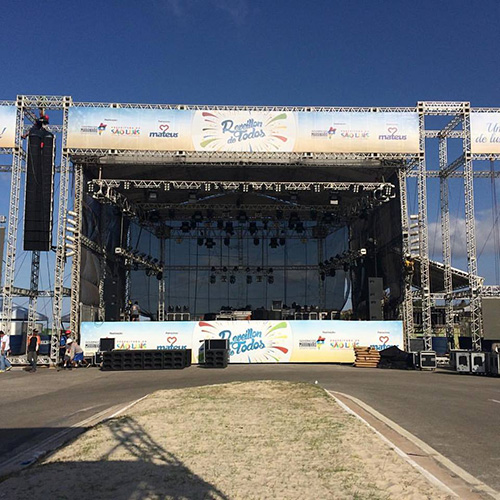 In modern times, with the development of the entertainment industry and the booming star economy, concert has become a great money maker business event. One concert can attracts 50,000-100,000 audience to join and play high in the concert. The highest record kept by Michael Jackson, 500,000 of his followers join his concert. The organizer made a great profit from the event and the audience also gain great happy from the show. The concert also promoted the development of related entertainment industry and entertainment equipment.

To organize a successful concert, the essential equipment are stage, stage lighting, lighting control system, sound system, mixing console, mixing console, microphone, Led display and truss system. The stage lighting Stage lighting can create a gorgeous stage effect and create a visual effect of the concert. The sound system is another key equipment. It will enlarge the effect of music to the entire venue, capture the the attention of each audience and immerse in the emotion of the performers.

The sound system and lighting are the great budget for the concert facilities. Absolutely, we should pay much attention on these equipment. But there is another key facilities that is easily overlooked by everyone. In fact, they deserves our greatest attention. It is the whole truss system for the sound and lighting system.

This is why the topic say: Concert event is a great money maker nowadays, but it was not always that way......

Here are some cases which real happened recent years: 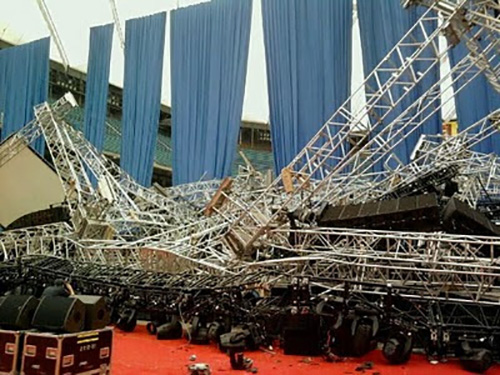 The concert was to be A R Rahman's Jai Ho Concert: The Journey Home World Tour in 2010. During the set-up of a concert stage in the Silverdome stadium in Pontiac, Michigan, 10 workers narrowly escaped death as tons of sound, lighting, drapes, scenery, and trussing collapsed. Emergency responders from the Pontiac Fire Department were called to the Silverdome around 4:30 p.m. Saturday, June 19th, 2010, before the show started. The builder group react immediately once they aware the danger, but still 10 Injured, 2 Hospitalized. Fortunately no one died in this accident. 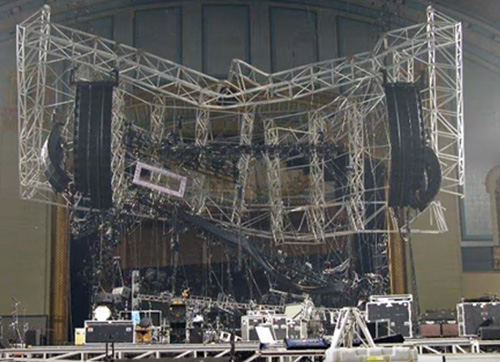 This concert rigging collapse also before the show start. Thank goodness. The workers leave the stage as it is time to have meals. So no one injured in this accident. But can you imagine if Aguilera was on stage when this happend she wouldn't have written (candyman).

3. Sugarland has canceled their scheduled concert at the Iowa State Fair on Sunday (Aug. 14 ,2011) becauses deadly stage collapse in Indianapolis 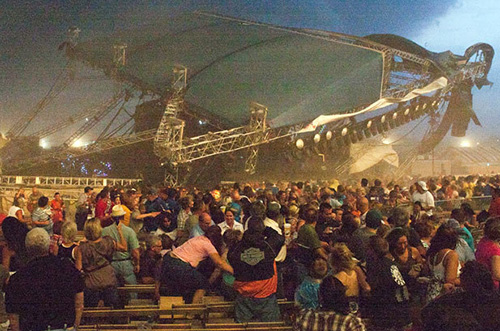 Look at this photo, it is like the Hollywood disaster movie. This is the biggest

Concert rigging collapse accident in the history.Five people are confirmed dead and at least 45 injured. The organizer didn’t open the asset lose in this accident. As the wounded person's pension, the audience mental pension is more important.

Making money is important; enjoying life and music is understandable; But people should remember that all the activities should be build on the basis of life safety. Consider the concert, the sound and lighting equipment are heavy and expensive. All the facilities and life are all put on the stage trussing system.

So the truss design and choosing should be put on the first place.

Then the question come: How to choose a reliable safety truss:

I have some points to share , and welcome professionals to add more.

1. The material of the truss

The truss material most widely used in the market is aluminum alloy 6061/6082. The aluminum should be high quality from the big brand. Sgaier truss all use the Chinese top 10 aluminum brand. 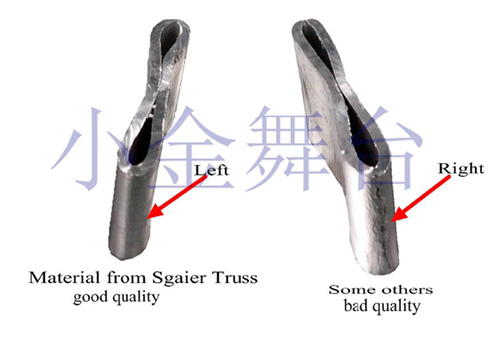 2. The welding work of the truss

The welding is the key process of the truss manufacture. All the welding workers in Sgaier Truss have welding license by the Chinese Labor department.

3. The load capacity design of the whole truss system

Find the professional supplier to do the design and load capacity testing is the most important. Sgaier truss passs the test of the TUV which is the highest standard in this industry. 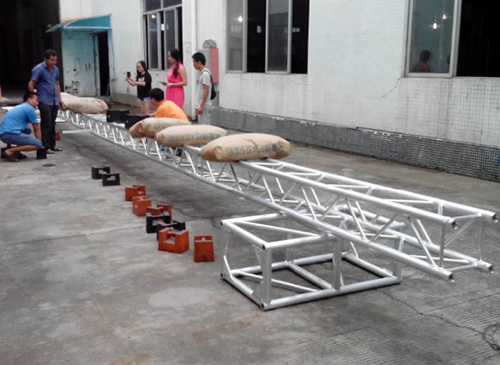 4. The professional install of the truss.

Beside the truss quality, the right connection and building is also important. The organizer should find the experienced group to install the whole stage system.

Some organizer spend a lot on the sound and light, most of time they seek to save money on the truss. Actually, it is the absolutely wrong strategy. Don’t find the cheapest one. Some time, the cheapest one is the most expensive one. 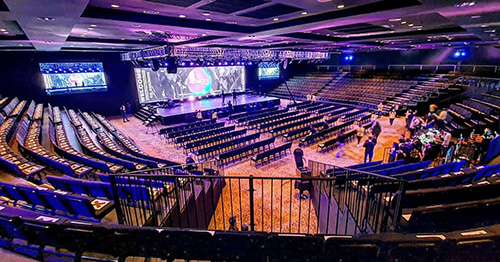